I was born in 1952, in Kansas City, Kansas. My interest in art began as a child observing my father Eugene draw and paint in our basement at our home in Lansing, Kansas. At seventeen I enrolled into a two year Commercial Art program in Salina, Kansas. After graduation I found employment at an architectural illustration studio in downtown Kansas City, Missouri. This fortune of luck led me to the understanding of perspective, rendering and scale. I became obsessed and began collecting books and taking portrait lessons.

I opened a downtown studio/gallery in Leavenworth, Kansas, but after several years I felt the need to learn the anatomical figure, and my girlfriend and I moved to  New York City in 1978. There, I studied at The Art Students League, Salmagundi Club, and took private classes with Bill Weltman, a world famous anatomy instructor.
​
I was now confident placing figures in my work in any perspective and my fine art career was set in motion. I soon met my agent Pat Carlson and introduced my work to the national publisher and gallery chain Dyansen, painting mostly in the Art Deco style. Together we produced dozens of lithographs and serigraphs with shows at many fine galleries across the country. Hundreds of works later I slowly developed a strong desire for a break with tradition. My paintings have became experimental and rebellious, undergoing a change in concepts and techniques I call "Prismatism".

Visit My Gallery to Purchase Original Art or Prints 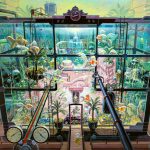 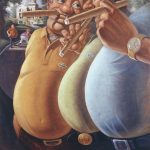 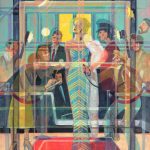 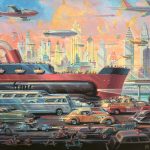 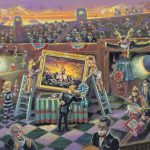 Awarding the Winner
Visit the Gallery

Be the first to see my new work, get updates to upcoming art shows and events, and receive special discounts on purchasing originals and prints.

Look for emails regarding the release of new work, special offers and where you can see me and my artwork in person.

Something went wrong. Please check your entries and try again.
Scroll To Top